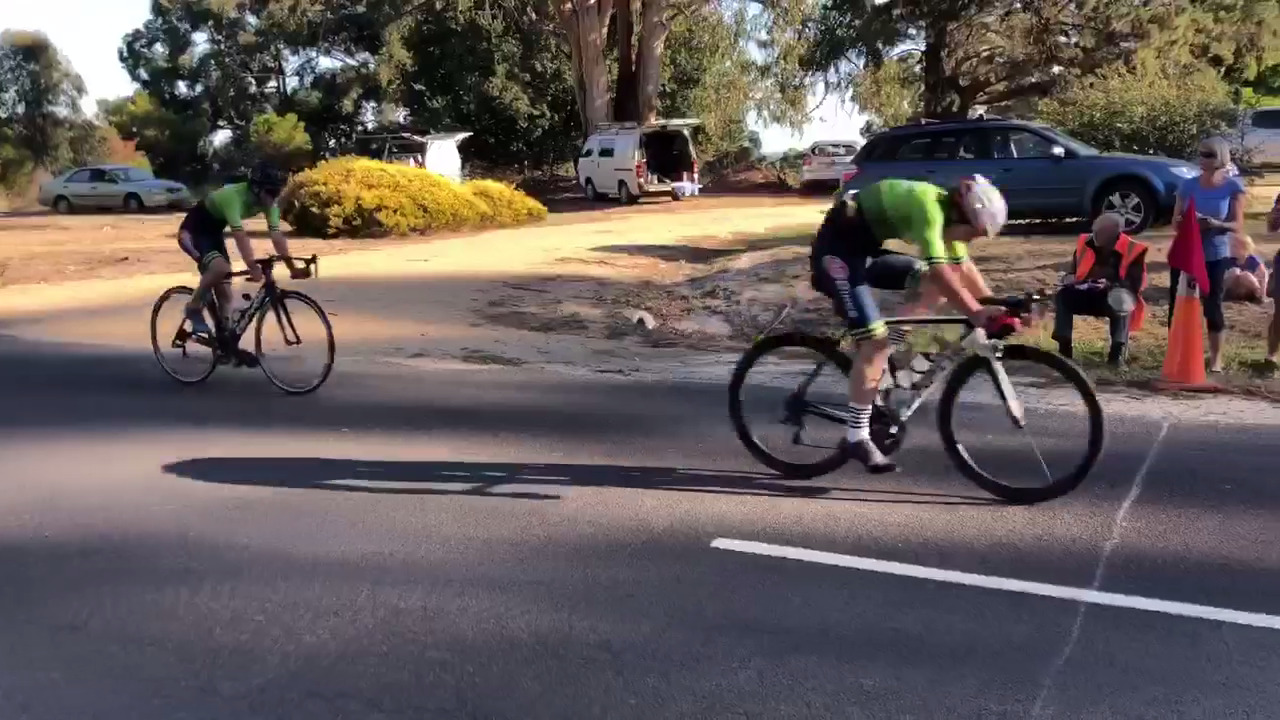 Club members enjoyed another fabulous day for racing on Saturday when they fronted up at Leongatha North for an out and back to Trida handicap race. This race is over 46km and involves plenty of climbing. The race starts at the Leongatha North tennis courts at an elevation of 180m and then drops to Wilkur Creek around 7km into the race at an elevation of 50m. At this point, the riders have to start working as they climb to an elevation of 430m at the Trida tennis courts around 15km later. There were 14 senior starters and 2 juniors. The juniors raced downhill for 6km so they had an easy day. In the junior race, Stephen Spencer had a start of 2min 30 sec over Bastian Jefferies and whilst Bastian closed the gap he had to settle for fastest time in 15.04min whilst Stephen took the win in 15.54min.

In the senior race, para-athlete Alex Welsh on his sled and hand cycling had a start of 20mins followed by Matthew Smith and Mark Bensley on 13min. There were 4 riders on 8minutes, 4 riders on 4minues and a trio on scratch – Alex Dunbar, Oliver McLean and Harry McLean. By the time the riders reached the turn, there were 7 riders in the lead group made up of the 4minutes and 8 minute bunch. There were well pleased they had reached the turn without scratch catching them but they would see their advantage was just 30 sec – not enough to get far on the return run. Fortunately, the downhill run meant they could hold on until the uphill climb back to the finish. Only Xavier Hart from the 4minute bunch managed to stay with the scratch trio and contest the sprint. The uphill dash to the line saw the strongest rider – Alex Dunbar take the win and fastest time in 1hr 17min 37 sec. Oliver Mclean took 2nd just ahead of brother Harry with Xavier in for 4th. The uphill finish saw the riders come in smaller groups with Tom McNish 5th, Leigh Stott 6th, Syd Jackson 7th, Austin Timmins 8th, Peter McLean 9th and Will Lumby rounding out the top 10. Alex Welsh flew along on the downhill runs but gave up time on the climbs but finished in 1hr 51.55 min.

Next week the racing will start at Outtrim and we need help with race officials as a number of the regular helpers will be away.