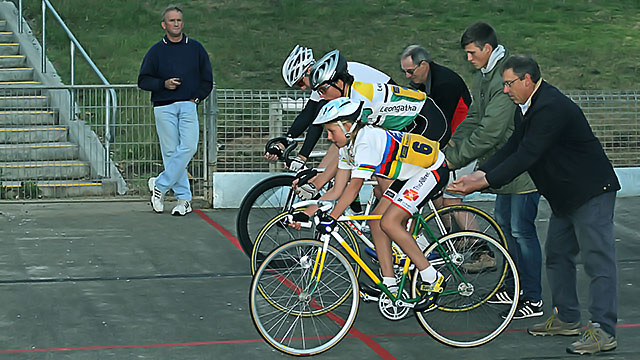 Fleur leads out for Ben’s team in the Olympic team pursuit.    (20 event images) 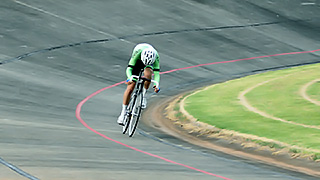 “Thomas McFarlane broke 30 seconds for the one lap time-trial for the first time with a fine 29.76 seconds.”

At the Velodrome last Friday night Thomas McFarlane broke 30 seconds for the one lap time-trial for the first time with a fine 29.76 seconds.  This was especially good as the track is generally slower on a cool night.  He has put in a lot of training and racing over the last few weeks and it showed.  The only other senior rider to front on the night was Ben Meadley and he rode well to record 32.60 seconds for the one lap trial.
Numbers of riders were down again as some were in South Australia for the “Tour Down Under”.  The 5 juniors made it possible to run a number of races before finishing early as rain threatened.  Time trials resulted in Austin riding a 33.35, Bernadette 37.76, Alex 39.82, Fleur 43.05 and Thomas F 46.06.
A series of 2-lap sprints followed.  Thomas M edged out Ben. Austin was too strong for Alex, then Thomas F (with 100m start) finished ahead of Bernadette and Fleur. 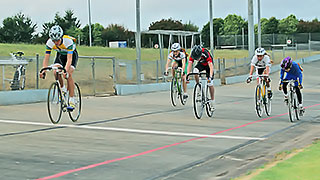 An exciting 5-lap scratch race was between Ben and Thomas M. 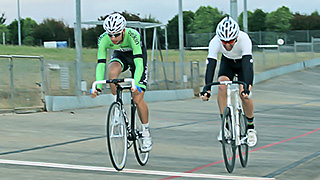 “Thomas stormed home to take the win by less than a wheel.”

It was a hard fought tussle and there were many changes of the lead.  Ben looked to have it won before Thom stormed home to take the win by less than a wheel in about 3 minutes 4 seconds.
A repeat 2 lap handicap was then run for the 5 juniors and that finished with a win for Austin in 67.32 seconds followed in by Bernadette, Alex, Fleur and Thomas.
To finish the evening’s racing an “Olympic Sprint” was organised between 2 teams. Ben’s team of 3 included Fleur and Austin; Thomas M’s team included Bernadette and Alex. Each team started at opposite sides of the velodrome and raced for 1 ½ laps. After each ½ a lap one member peeled off until Ben raced Thomas M over their last ½ lap.  Finally Ben’s team won by about 1 second in 53.47.
Next week will be hotter again but hopefully more riders make the effort to come down to the velodrome for training on Wednesday night and racing on Friday night

Individual Velodrome events have now been added to Galleries