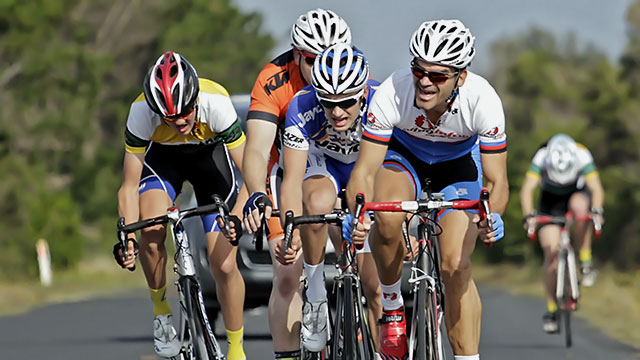 On Saturday 11th handicap racing was held on the out and back course at Tarwin Lower under fine autumn conditions. There were 16 senior riders to tackle the 38Km’s and five juniors riding a shorter 16Km flat course.

The seniors were handicapped into four bunches, with two riders in the 13 minute limit bunch, followed by eight on seven minutes, three on four minutes and another three on scratch. The scratch bunch of Will Lumby, Stefan Kirsch and Thomas McFarlane were set a hard task by the handicapper to chase down the field.

At the halfway turn on top of the ridge before Walkerville the gap between bunches had closed, but not caught, with only a few riders losing contact on the climb up towards the Cape Liptrap turn-off. The scratch riders were still more than a minute behind. On the run back to Tarwin Lower the racing is fast and furious with the various bunches in sight of each other over the long flat road ahead. At eight kilometres from the finish it was the 7min bunch of 6 riders led by Tony Giles being chased by the 4 min group of Austin Timmins, Harrison McLean and Chris Rowe only 11 seconds behind, with a further 35 seconds to the aggressive scratch bunch. 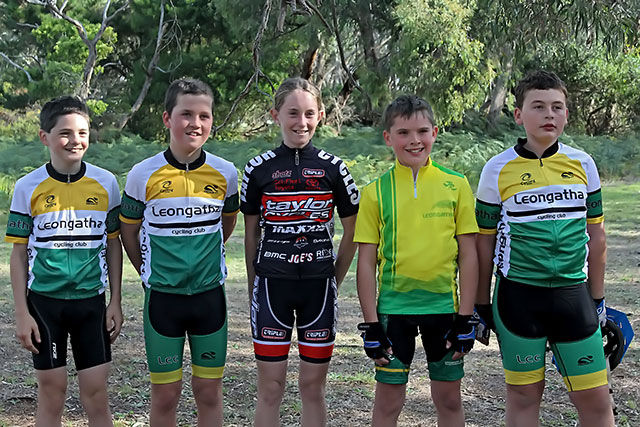 The five juniors were handicapped with two groups of two and a lone limit rider to race over the flat 16Km out and back course. At the turn, the three and half minute handicap group of Thomas Fitzgerald and Kaleb Jans had gathered in Max Slinger riding from limit with the scratch duo of Maddison Dillon and Oliver McLean closing fast only a minute and half behind the leaders. Oliver won the event in a time of 29min 49sec from Maddison in second, Thomas third, Kaleb fourth and Max fifth.

Next Saturday the racing is over the Mardan circuit, starting from the Leongatha secondary college with riders from the Warragul club expected to join in. 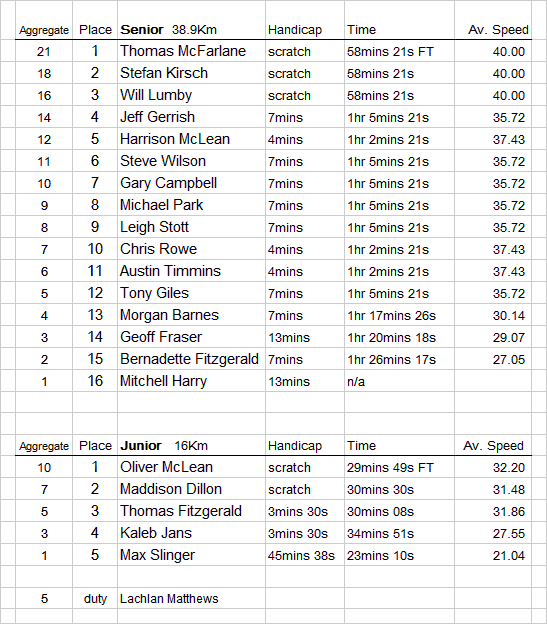