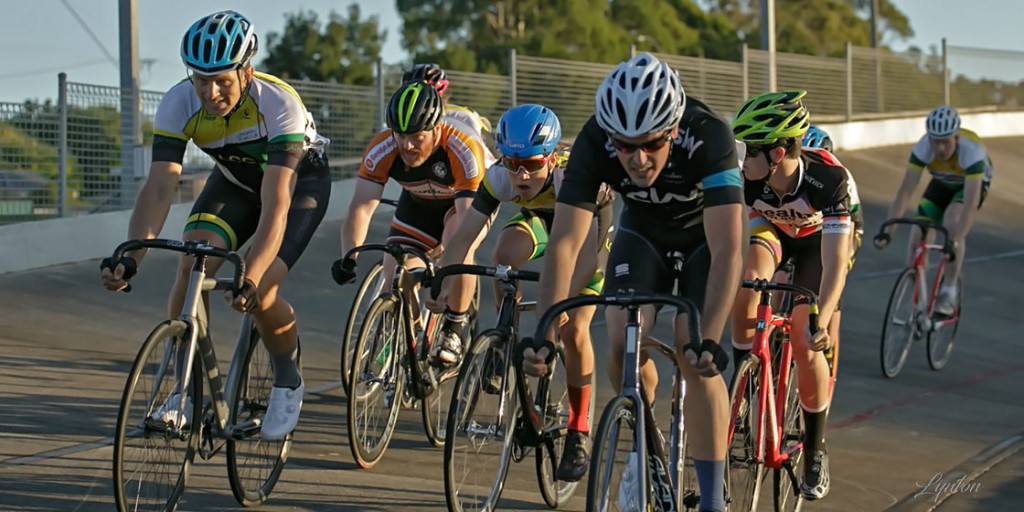 The 2017 Club track titles were run on Friday night and the weather conditions were great with a warm evening and no wind.  The Club titles are run over 3 events – a 500m time trial, a sprint event and a scratch race event – a mass start race.  The first 4 place-getters earn points and the overall champion has the best points tally.  The Friday night racing follows a pretty hectic schedule for the local riders with riders racing at Warragul on Sunday morning criteriums, Monday night track training and Wednesday night twilight racing for a Gippsland summer road series.

Some riders found the step up from the 400m time trial to the 500m a bit of a challenge for the mind but this is done so that riders can record a time for usage when it comes to entering state based events.  The riders are also riding in age group events – seniors, under 17 and under 15 years groups.  The weekend also clashed with some state based events so some of the riders chose not to race the club event.

On to the sprint event and in the Under 15 group Jack Allen, who has improved markedly over the season took the points from Kaleb Jans and Nick Blogg.  In the under 17 division, Oliver McLean and Oscar Bowler won their first round heats to set up a heat for the major placings.  In the final Oliver McLean had too much experience and duly claimed his second set of 5 points from Oscar.  The minor place heat saw Tom Fitzgerald grab third ahead of Felicity Waddell.

In the senior sprint event, the first round heats saw Dylan Adams get a great lead out in his heat to move him into the final whilst Harrison McLean took out Heat 2.  The final match up saw Dylan Adam grab a narrow win over Harrison leaving them on level points with the scratch race as the decider.  The minor placings went to Steve Allen, 3rd and Mark Bensley in 4th.

The last event of the championship, the scratch race was set up for a decider in the Under 15 section as well and in a desperate run to the line Jack Allen secured the win ahead of Kaleb and Nick and hence take home the Under 15 Club champion.  In the under 17 division, Oliver McLean kept it all under control and took out the win and the title.  However, on the last bend, Oscar managed to tip himself of the bike and take a hard fall which let Tom Fitzgerald in for 2nd whilst Felicity took 3rd.  However, the final points tally saw Oliver with 15 as winner, Tom with 7 points just moved ahead of Oscar on 6 point and Felicity on 4 points.

The senior race saw a steady pace for the race and Harrison and Dylan watching each other.  In the dash to the line, Harrison just pipped Dylan whilst Steve Allen grabbed 3rd ahead of Dane Herbert.  The end points tally saw Harrison on 13 points as champion Dylan with 10 points take the silver medal, Steve Allen with 7 points taking the bronze medal.

Earlier in the night, Jack Allen won the B grade warm up scratch race from Kaleb and Felicity whilst in the A grade event Chris Ray was too quick and had a commanding win from Harrison and Steve.

The last rides for the night saw the B grade riders ride a 5 lap progressive points race and this saw a real slug-fest between Kaleb and Jack with the better fitness of Kaleb eventually overcome the greater speed of Jack take the win whilst Felicity secured 3rd place.  The A grade field raced an elimination and Oliver McLean was on fire controlling the race from the front and seeing of the challenges each lap.  The end result was a great win to Oliver ahead of Chris Ray and Harrison in third place.

Next Friday there will be no track racing as a number of the officials and riders will be away helping with the Tour of East Gippsland at Bairnsdale.  Riders will have to make do with Monday night training and a Wednesday night hit out at Hazelwood for the Gippsland twilight series.