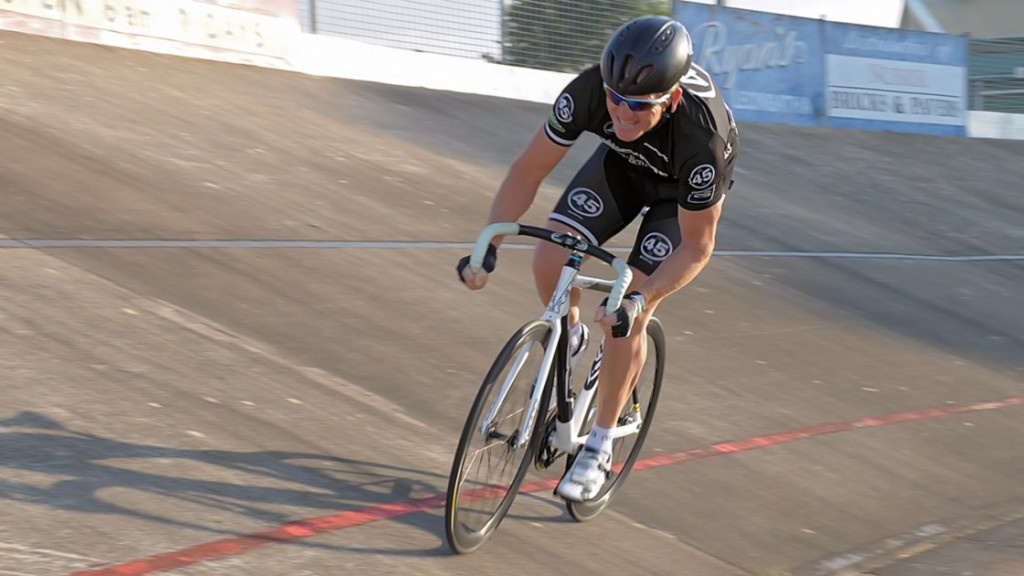 After several weeks Christmas break the track season was back in action on Friday night. Conditions were pretty good with just a light breeze and going from mild to cool as the night moved in. There were quite a few riders still away on holidays and a few had not been on the bike much over the break. In the warm up 1 lap time trial there was only Josh Wight and Felicity Waddell who posted new season personal bests. Gavin Slavin managed to finally have his first night of track racing and was moving well.

In the senior 1 lap dash against the clock the quickest was Gavin at 32.61 sec. He was followed by Bernadette Fitzgerald at 34.95 just ahead of Dane Herbert at 35.11 sec. In the juniors, Oliver McLean was quickest at 35.61 sec. Oliver had raced the Christmas Carnivals at Bendigo, Shepparton and Wangaratta and won all his Under 15 races at the first 2 meets before finding the competition a bit stiffer at Wangaratta. Next best time was Tom Fitzgerald sporting a new helmet and in a time of 36.80 sec. In a surprise effort Josh Wight was next in at 39.21 sec taking of 2 sec from his previous best – great result Josh.

The next races were scratch races. The senior race over 8 laps saw Gavin Slavin come round the bunch to claim the win from Kevin Feely and Dylan Adams. In the Junior 5 lap race it was Oliver just getting in front of Tom and Kaleb Jans. 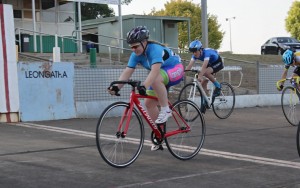 “The juniors raced a 1 lap handicap and Felicity Waddell (40) won from Josh Wight (35) whilst Oliver (scr) dashed past for 3rd place. “

Following a short break it was into the handicaps. The juniors raced a 1 lap handicap and Felicity Waddell (40) won from Josh Wight (35) whilst Oliver (scr) dashed past for 3rd place. This was followed by a 2 lap handicap. This race saw Kaleb Jans (55) chase down the leaders with a half lap to go and then hang on to the lead to win from Oliver (scr) and Tom Fitzgerald (30). In the senior 2 lap handicap, there were not enough people around to give them a push start so it was a standing start for all. Dylan Adams (15) took the win from Kev Feely (35) and Graham Jans (75).

The seniors had a 7 lap progressive points race and Dane Herbert went out hard early and picked up points on the first 4 laps. At the end of the 5th lap Dylan Adams went past right on the line. Dylan kept the momentum going and cleaned up the points on the remaining laps to take the race from Dane. The next best over the line was Gavin Slavin for 3rd.

It was the into some sprint rounds. In the seniors Heat 1 saw Gavin take the win over Dylan. Heat 2 it was Kevin Feely from Rob Waddell. Heat 3 it was Graham Jans over Dane in a photo finish whilst Heat 4 it was Bernadette winning from Wayne Tunks (Latrobe Valley). In the junior sprints, Heat 1 went to Oliver over Thomas, Heat 2 was a win for Felicity over Josh.

This brought the riders to the last races of the evening – an 8 lap senior race and a 3 lap junior race. The senior race saw Dylan get a dream run after the bell as the other riders moved up the track. Dylan took the opening and scored an easy win with Gavin Slavin into 2nd and Kevin Feely taking 3rd. In the junior race it was another win to Oliver from Thomas and Felicity.

Provided the rain stays away and it does not reach 40+ degrees like last Wednesday, track training will be on on Wednesday evening and racing again on Friday evening. However rain is forecast for Friday so riders check on Facebook late Friday.