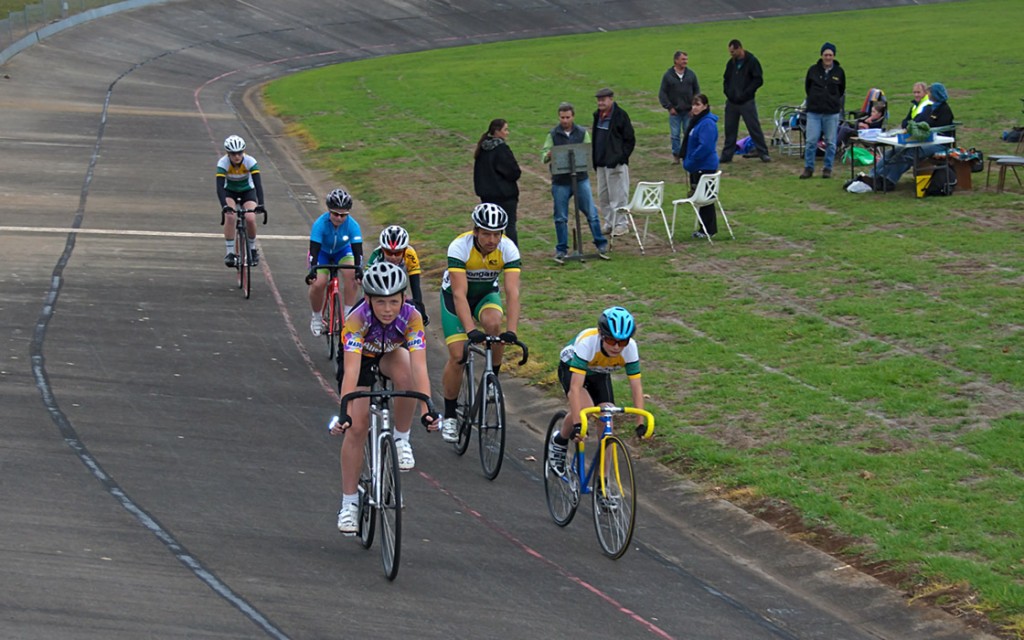 Friday night started off threatening to be breezy and cold, however by start time the wind had dropped and conditions were cool but great for racing.  Unfortunately there was only a small field of riders to enjoy the conditions.  Thomas Fitzgerald showed his excellent recent training was paying dividends as he sliced a quarter of a second of his personal best time for the one lap time trial.  Felicity Waddell travelling across from Seaview did even better taking just on half a second from her PB.  Kaleb Jans showed he was in for a good night as he also took half a second of his PB, whilst Jack Allen who has missed a few weeks and sprouted several centimetres flew round in a new PB of 41.22sec.

In the senior ranks Steve Allen 32.50 was just ahead of Dylan Adams 33.55 and Bernadette Fitzgerald at 35.40.  Bernadette has just been given a spot on the Gippsland Women’s Road team so has plenty to look forward to for the year coming.  In the Junior section Thomas Fitzgerald was quickest at 35.87 sec just behind her sister Bernadette.  Next was Kaleb Jans at 38.70 edging ahead of Felicity at 38.86. 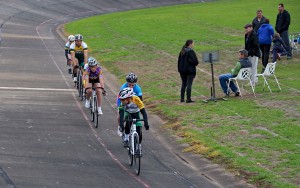 The time trial was followed by a 5 lap scratch race for the juniors. Thomas Fitzgerald took control of the dash to the line but had to work hard to keep an energised Kaleb and Jack Allen at bay.  The seniors raced over 10 laps and Steve Allen cruised in for the win ahead of Bernadette .

A short break and then the riders were back in action for handicaps. The junior dash over 1 lap saw Thomas (scr) take a narrow win from Kaleb (15) and Felicity (30).  After another look at the handicaps the riders fronted for another 1 lap dash.  Jack Allen (40) took line honours ahead of Kaleb (20) and Thomas (scr).  In the senior handicap over 2 laps it was Steve Allen (scr) winning from Dylan (20) and Bernadette (45).  Their second effort handicap saw Bernadette (60) claim the win from Steve (scr) and Dylan (30).

The juniors then raced an Olympic sprint with the team of Thomas and Jack winning in 39.77 sec from Kaleb and Felicity 39.90 sec – a job for the stop watches to separate them.  This was followed by a team scratch race and again Thomas and Jack managed to take the honours as Thomas rode a very smart tactical race. 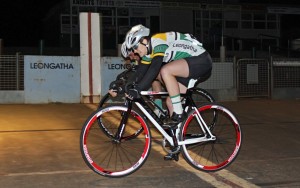 By this stage the seniors had recovered enough to tackle a 3 up sprint race.  In a close result Steve won from Dylan and Bernadette.  Dylan was feeling pretty positive about his prospects and challenged Bernadette to a sprint heat and in a great dash to the line it was Bernadette winning by a tyre.  In the junior sprint derby it was Thomas having to race hard to keep Kaleb at bay whilst Felicity had the best of the tussle with Jack for the minor placing.

The club has been seeing some new riders at training on Wednesday night so officials are hoping this will make up for those that have changed activities over the summer holidays. The club has bikes available if riders want to come and try the need for speed on the track. Training has seen some high speed action behind the motor bike as the club coach puts the elite riders through their paces.